VAT Included
Oi! You can't buy your own item.

A PDF copy of my new full-length poetry collection People Of The Sea Ice. (Available at 99p for 24 hours!)

People of the Sea Ice is a poetic exploration of the Arctic - its people, animals, culture, landscape and history. You'll encounter walruses tumbling from cliff tops and polar bears struggling to find sea ice. You'll learn how the narwhal got its tusk and meet Inuit families lured to Europe with promises of a better life, only to be shacked up in zoos for the entertainment of the Victorian elite. You'll learn how Eskimo ice cream is made and glimpse what life may look like for the Inuit when climate change has taken the last of the ice.

There are brutal poems in People of the Sea Ice. They reflect the harshness of the Arctic, its fragility and the interconnectedness of the environment and its inhabitants. Though there's beauty to be found among the pages, too, often woven into the most unpredictable scenarios.

This full-length collection is the culmination of many months of hard work. It's been the most challenging collection I've made to date, as it's the first book I've written since surfacing from a depression that lasted all of 2019 and most of 2020, during which I struggled to string together a sentence.

There has been a lot of inner turmoil, doubt, pain and anger during the writing. I was convinced my depression and the traumatic events of recent years had stolen the strongest of my poetic senses.

Though the doubt, pain and anger were also linked to several of the subjects I was covering - climate change, the impact of colonization on the lives of Arctic people, and the blatant, humiliating, tragic ignorance of far too many people outside of the Arctic Circle.

There was also doubt as to what I should and could write about. In previous years, it had never occurred to me that perhaps it wasn't my place nor my right to share the stories of a culture that isn't my own, but it's been something that's been weighing heavily on my mind since I wrote the first poem for this book. Yet, I had to write this book. I couldn't not write this book. And I hope people will understand and, if needs be, be forgiving of that.

There was a man in my life, many years ago, who shared a book about the Inuit with me. His infatuation for northern climes was intoxicating, and my time with him changed the course of my life. This book is as much for him as it is for the sea ice people as it is for you.

I've never been to the Arctic, but my heart has visited every day for years. In time, I intend to sit with an Inuit family and eat muktuq sliced by an ulu. I plan to try on a pair of trousers made from polar bear furs and learn how to make akutuq. I hope to learn how to say 'I see you, I hear you,' in Inuktitut. And how to pronounce 'thank you.'

I hope this collection has spoken to you and that it takes your heart to the furthest north, where Nanuq wanders and the aurora ignites the sky.

- Katie Metcalfe, author of People of the Sea Ice.

"Here is a collection of cold yet warming meditations, contemplations, ruminations and observations on the sometimes tragic, sometimes triumphant, always exalting struggles of those who live on the and from the frozen sea. Though far away from most of us, the Inuit impart lessons—to us as to the author—that are as timeless as they are timely." – Nafre, resident of Iqaluit in the Canadian Arctic, poet, artist and radio host.

This is such a great book of poems!

Beautifully crafted and illustrated with 53 pages!! Way worth the price for such an epic story! 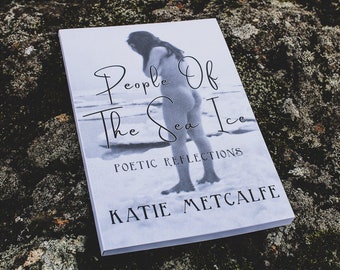 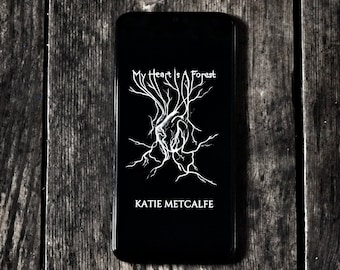 My Heart Is A Forest : A Full-Length Poetry Collection (PDF Copy) 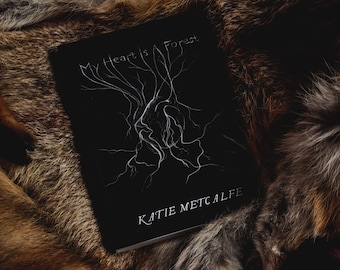 My Heart Is A Forest : Full-Length Poetry Collection 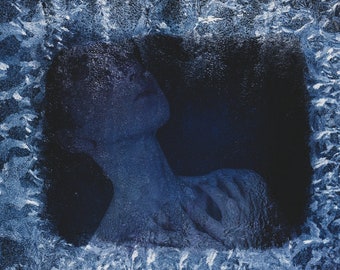 At Home In The Cold Photo Print 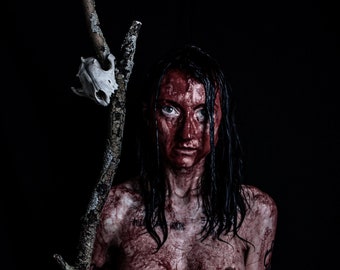 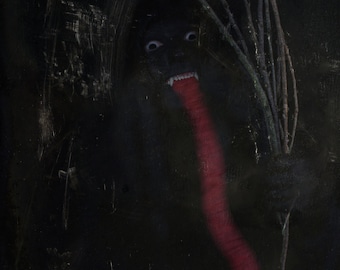 Listed on 02 Oct, 2021
One favourite
Report this item to Etsy