The author will sign the book for you. If you'd like it personalised to yourself or someone else, please give us the name you would like us to use!

Let me know whether you need birthday, Christmas, or general wrapping paper!

What would you do to protect your friends? How far would you go to keep them safe?

'Battle Ground' is an award-winning friendship-based near-future Young Adult novel, and book one of the Battle Ground Series. Suitable for readers from 13-103!

Sixteen-year-old Bex Ellman has been drafted into an army she doesn't support and a cause she doesn't believe in. Her plan is to keep her head down, and keep herself and her friends safe – until she witnesses an atrocity she can't ignore, and a government conspiracy that threatens lives all over the UK. With her loyalties challenged, Bex must decide who to fight for – and who to leave behind.

The Battle Ground series is set in a dystopian near-future UK, after Brexit and Scottish independence.

Your paperback will be signed by the author! Please let us know if you would like it to be signed to you, or to someone else.

For more information on the Battle Ground Series, visit tallerbooks.com

After you place your order, TallerBooks will take 1-3 business days to prepare it for dispatch.

Estimated to arrive at your doorstep 13-19 Aug.! 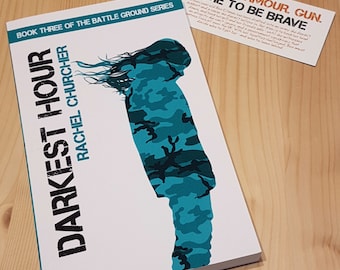 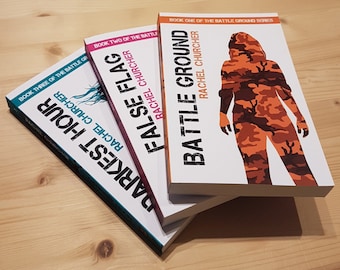 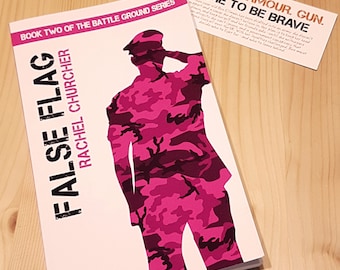