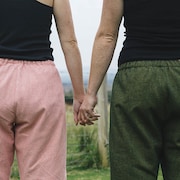 Announcement    The home of soft and durable gender neutral sleepwear for babies, kids and adults, superhero capes and unique bibs. Our awesome flannel pyjamas are made from the softest 100% cotton in modern colours and prints to suit boys, girls and everyone in between, and made to last and last.

The home of soft and durable gender neutral sleepwear for babies, kids and adults, superhero capes and unique bibs. Our awesome flannel pyjamas are made from the softest 100% cotton in modern colours and prints to suit boys, girls and everyone in between, and made to last and last.

For the love of my BRAW boys and the need of BRAW clothes.

I have been sewing on and off since childhood, there was never any formal tuition, just a whole lot of trial and error. Like the time I made a waistcoat and trousers out of curtain fabric for my baby sister when I was 10. they were much too small and uncomfy looking but I was pleased with my acheivment none the less.

After the birth of my first son in 2009 I began to sew more and discovered the joy of internet tutorials and PDF patterns. Over those first few years I honed my skills and became more and more passionate about sewing and designing childrens clothes. I noticed that most of my kids clothing had been knocked together in third world countries, possibly by children, they were so cheap and most didn't last. I attempted (and still do) to supplement their wardrobes with well made items that are durable and awesome.

It came to a point I realised I didn't want to do much else aside from illustration which has been bubbling along since I left art school. After my second son was born, the reality of childcare fees and low paid jobs hit home so I decided to make a go of working for myself in order to create a more fulfilling life for me and my family.

It all started in nap times and after the boys had gone to bed and now that my youngest is in nursery I am picking up pace and really enjoying myself. There are so many more ideas I would like to try out, watch this space!

I wanted All That Is BRAW to be home to beautiful as well as practical garments. That allow for plenty of movement and that are well made enough to pass on to family and friends as the years go by. Fast fashion is unsustainable and we are an a mission to fight against that.