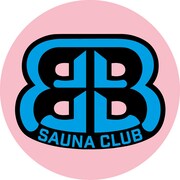 BigBoySaunaClub is taking a short break

Big Boy Sauna Club is a brand started to challenge current trends in the LGBT+ community. An opportunity to showcase art, apparel and accessories.

Alistair was raised in central Scotland during the 90’s. He found passion for art while attending Dollar Academy and continued this interest into higher education. Alistair enrolled at Duncan of Jordanstone College of Art & Design located in Dundee (Scotland). After a year of general art he then progressed to a new and now defunct course called Time Based Art & Digital Film. Here he pushed fine art and illustration to the side to focus on sound design and sound art. Alistair gained a 2:1 BA (Hons) purely by helping others with their films, sound design/recording and throwing together a performance piece during the 2011 DJCAD Degree Show.

Post university was a difficult time. Alistair decided to move away from Scotland and follow his brother to Southampton. This is where the art college bubble burst, with no major art university in the centre of the city and very little connection Alistair found it difficult to break into any ‘scene’. Stumbling from job to job, making coffees to answering phone calls, Alistair eventually landed behind the bar. After a stint of bartending around the city he became one of the managers at the local (and only) gay bar. Initially the best move it soon turned into a nightmare once Alistair’s personal life took a huge hit. Alistair’s other brother suddenly died in late 2017. The reality was that standing behind a bar dealing with drunk straight girls and drugged up LGBT youth was not his passion.

One ‘Mic Drop’ later and Alistair is one of the managers at the gay sauna in Southampton. Of course not his main passion or career, this gave him more time to progress his art/illustrations and focus more on the important things in life.

Big Boy Sauna Club (BBSC) was an inside joke between Alistair and his friend / co-worker, Jamie. It has turned basically into a challenge to create something for the gay community, to produce art and design inspired by LGBT culture. The main focus is to create art and humour, but also to educate. The LGBT community can be fickle. Proud together but torn apart within. There can be a undertone of hatred between each sub category, also a lack of education and love for each other. Hopefully this website/group/idea, whatever it is, brings a bit of joy and visual pleasure while also understanding.