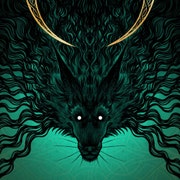 CCJEllis is taking a short break

Note from shop owner The shop will re-open soon x

The shop will re-open soon x

Hello traveller! My name is Ellis (Collette Cerridwen June Ellis) and I'm originally from Bangor in North Wales.
My work is inspired by fantasy and mythology, drawing inspiration from ancient cultures and a variety of countries. I work mainly with pen, ink and watercolour and occasionally use Photoshop and ProCreate.
‘The Hobbit’ by J.R.R.Tolkien was my favourite books as a child and I later fell in love with the artwork involved in ‘The Lord of the Rings’ movies and the work of Japanese film director Hayao Miyazaki.
I attended Glyndwr University in Wrexham and achieved a Masters in Design Communication: during which, I travelled to China after being awarded a grant by the Welsh Livery Guild; to investigate dragon legends in both countries. In 2017 I was lucky to receive another grant from the Welsh Government to return to China to gather even more information for future art projects.
I  have exhibited at various conventions across the UK; including London, Manchester and Cardiff Comic Cons. In October 2016 I opened my third solo exhibition in the Oriel Yuys Mon on Anglesey and have launched three successful Kickstarters, one of which explored the monsters and mythical beasts of my home country of Wales.
Over the years I have worked on numerous publications for authors and album covers for musicians. I have also worked for ‘The Knight Shop’ suppliers of Disney and Game of Thrones and for the British Heritage Societies, producing decorative parts for swords and armour.
In the past I have been featured in several online blogs and magazines, including Imagine FX Magazine, Y Lle’ on Welsh TV channel S4C, have taken part in a one to one Podcast with 'Pencil Kings' and has appeared on the BBC 'Wales Today' Show.

My Parcel has not arrived

If your parcel fails to arrive within 48 days of dispatch you may request a replacement. I will work with you to see if we can track down the parcel first, but if this does not work I will send out another item to the same value free of charge.

Can I get a tattoo of your artwork?

Please ask me first, with some artworks the rights are shared and are not exclusive to me.

A good tattooist will ask for written permission from the original artist, I will usually say yes, but will also ask you to purchase a print or item from my Etsy store to support me as an artist. You will be asked to sign a contract and your permission slip will be sent out with your order.

What Media do you use?

I work primarily in ink, pencil and watercolour. However I often use Photoshop back and forth throughout the drawing process to refine line arts and add textures etc.

I often post original sketches, ACEO's and smaller original drawings to my Etsy store; these are considerably cheaper often ranging between £15 to £20.

I’m obsessed with mythology and folklore; ancient stories from around the world often play a large role in my creative process. I enjoy being surrounded by nature and animals and I adore the movies of director and artist Hayao Miyazaki, especially his movie ‘Princess Mononoke’

Can I opt for tracked postage?

Yes, of course you can! All items are posted out standard shipping, but if you want your item tracked, just message me and let me know. There will just be an extra postage fee you will need to pay.

I’m doing an assignment for Collage / University, can I interview you?

I know how this feels, but I really wish they would stop setting these assignments; unfortunately I simply don’t have time to do these any more. You should find the answers to many of your questions here and in the ‘About’ section of this website.

I entered the wrong address at the checkout!

Please keep your address up to date and always check before ordering. If you should notice this after ordering please pop me a message within 2 hours of placing your order and I will change it for you.
However, if your item has shipped there is nothing I can do for you, I would suggest getting in touch with your previous address and asking them to inform you when it arrives.