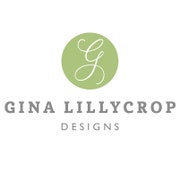 GinaLillycropDesign is taking a short break

Note from shop owner Hello,
My shop is temporarily closed to allow me to catch up with orders. Due to covid I am unable to employ extra staff just now, but I'll open up again as soon as I've caught up.
Please do message me if you have any questions.

Thank you so much for your patients and support at this time,
Gina

Hello,
My shop is temporarily closed to allow me to catch up with orders. Due to covid I am unable to employ extra staff just now, but I'll open up again as soon as I've caught up.
Please do message me if you have any questions.

Thank you so much for your patients and support at this time,
Gina

I began Gina Lillycrop Designs in 2004 after returning to full time education at the age of 28, to study City and Guilds in Soft Furnishing and advanced Higher Art and Design. My business was originally based in Hollybush, Ayr from 2004 – 2010 until I met my Husband. I then had to relocate and start the business again from my husband’s farm in Dumfries and Galloway, Scotland. It was during the relocation that I realised there were certain difficulties to moving to beautiful Wigtownshire. Firstly the lack of population (and possible clients) in this rural part of the country and Secondly, most of the local population were also very talented artist, designers and makers and were self sufficient in the art of sewing, so I needed to do something a wee bit different. It was this same rural location that was the catalyst in my first rug designs.

I design my range of home furnishings, from my remote Farm studio, where most of my inspiration comes from the surrounding country side, its wildlife and Scotland’s own rich textile heritage.

To say it’s a passion doesn’t seem to cover it. Designing and making is like a fire that gently simmers beneath my skin all the time I’m doing it, but If I have a few days concentrating on other tasks, the fire starts raging until I feel I’m going to explode unless I make something or sketch the ideas that are flying around my head. If I didn’t have my own business I would still have to design/make all these products (and more) for my home and family, So to design, and make-to-sell is the perfect food for my soul.

I had originally qualified as an NNEB Nursery Nurse at the age of 18 and had worked as a nanny / nursery nurse around the country. At the age of 21, I entered the world of entertainment and was very fortunate to land the lead female role in Scotland’s Meatloaf tribute band. I was able to combine both nursery nursing and singing for several years until my son was born.

I chose to re-study when my son was 3 years old. It was my love of making my own home furnishings that led me to retrain as a soft furnishing designer in order to start a business where I could work from home, to give him some stability rather than dragging him up and down the country, sleeping under tables, stages and in dressing rooms.

Well, It appears you can take a break from performing, but you can never stop. So many years on and I’m still singing, though I now have my own band and I’m a farmer’s wife too, with a new baby (who, just like her brother, sleeps under tables and in dressing rooms) and to add to my résumé I also haul grain in the Summer for the family farm.

Welcome to the adventure that is Gina Lillycrop Designs

Last updated on 10 November, 2015
Hello and welcome,
I hope you enjoy looking at my designs and products. If there’s something you see in the shop, but you’d like it in a different colour or size, please contact me here and I’ll do my best to help.

If you are not happy with your hand made Gina Lillycrop Designs product, it can be returned within 14 days of receipt of delivery provided they are returned with their labels on, in the original packaging and undamaged. All parcels are sent back at the customer’s own risk. I would advise customers returning purchases to obtain proof of purchase as it does not guarantee proof of delivery. A full refund, minus postage will then be made within 14 days via the original method of payment.

Commissions and personalised items are not covered by the returns policy unless they are faulty.

I aim to ship all my orders placed online within 14 working days. However, as I hand craft everything myself, some orders may take longer. But I will keep in touch with you during the process to confirm your order and advise you of the approximate delivery time..

During my busy times (Summer holidays and Christmas) please allow extra time for delivery, and place your order in good time. If you have a specific delivery date in mind please let me know and I will do our best to deliver on target..

For customers outside of the UK & EU. All products are packaged securely. Please note they are posted on a delivery duty unpaid basis. Please check prior to placing an order if you need to pay import duty or any additional taxes that may apply to your country of delivery. Gina Lillycrop Designs does not accept any liability for additional taxes and charges relating to clearing your goods through customs. These are the responsibility of the customer.

Privacy policy
This privacy policy sets out how Gina Lillycrop Designs uses and protects any information that you give us when you use this website.
Gina Lillycrop Designs is committed to ensuring that your privacy is protected. Should we ask you to provide certain information by which you can be identified when using this website, then you can be assured that it will only be used in accordance with this privacy statement.
Gina Lillycrop Designs may change this policy from time to time by updating this page. You should check this page from time to time to ensure that you are happy with any changes. This policy is effective from 25 May 2018.
What we collect
We may collect the following information:
• name
• contact information including email address
• other information relevant to purchases or attendance on our workshops
What we do with the information we gather
We require this information to understand your needs and provide you with a better service, and in particular for the following reasons:
• Internal record keeping.
• We may use the information to improve our products and services.
• We may periodically send promotional emails about new products, special offers or other information which we think you may find interesting using the email address which you have provided.
Security
We are committed to ensuring that your information is secure. In order to prevent unauthorised access or disclosure, we have put in place suitable physical, electronic and managerial procedures to safeguard and secure the information we collect online.
How we use cookies
A cookie is a small file which asks permission to be placed on your computer's hard drive. Once you agree, the file is added and the cookie helps analyse web traffic or lets you know when you visit a particular site. Cookies allow web applications to respond to you as an individual. The web application can tailor its operations to your needs, likes and dislikes by gathering and remembering information about your preferences.
We use traffic log cookies to identify which pages are being used. This helps us analyse data about web page traffic and improve our website in order to tailor it to customer needs. We only use this information for statistical analysis purposes and then the data is removed from the system.
Overall, cookies help us provide you with a better website, by enabling us to monitor which pages you find useful and which you do not. A cookie in no way gives us access to your computer or any information about you, other than the data you choose to share with us.
You can choose to accept or decline cookies. Most web browsers automatically accept cookies, but you can usually modify your browser setting to decline cookies if you prefer. This may prevent you from taking full advantage of the website.
Links to other websites
Our website may contain links to other websites of interest. However, once you have used these links to leave our site, you should note that we do not have any control over that other website. Therefore, we cannot be responsible for the protection and privacy of any information which you provide whilst visiting such sites and such sites are not governed by this privacy statement. You should exercise caution and look at the privacy statement applicable to the website in question.
Controlling your personal information
You may choose to restrict the collection or use of your personal information in the following ways:
• whenever you are asked to fill in a form on the website, look for the box that you can click to indicate that you do not want the information to be used by anybody for direct marketing purposes
• if you have previously agreed to us using your personal information for direct marketing purposes, you may change your mind at any time by writing to or emailing us at gina [!at] ginalillycropdesigns.com
We will not sell, distribute or lease your personal information to third parties. We may use your personal information to send you promotional information.
You may request details of personal information which we hold about you under the Data Protection Act. If you would like a copy of the information held on you please write to Gina Lillycrop Designs, Airlies Farm, Wigtown, Newton Stewart. DG8 9BD

If you believe that any information we are holding on you is incorrect or incomplete, please write to or email us as soon as possible, at the above address. We will promptly correct any information found to be incorrect.
See this Seller Handbook article for a sample privacy policy you can customise for your shop.