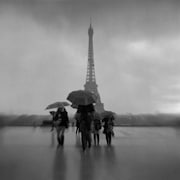 I will also be offering c-type and giclée print open editions from digital images produced and despatched by The Print Space, a completely carbon neutral professional photo printers based in London.

I will also be offering c-type and giclée print open editions from digital images produced and despatched by The Print Space, a completely carbon neutral professional photo printers based in London.

I've been a photographer all of my life with a wide range of experience, starting in sport and wildlife and later specialising in portraiture. I graduated from Blackpool School of Arts with a first class honours degree in photography in 2018 exploring the relationship people have with their own body. Since then my interests have been in creating fine art prints mostly of the human body but I also have interests in other areas.

These days I shoot entirely with black and white film and create handmade prints using traditional darkroom techniques and the alternative processes. I will offering original prints either as one-off artworks or as limited editions of five, each signed, numbered and dated, presented in a black card print box and accompanied with a certificate of authenticity. I use Bergger Pancro 400 film and was delighted when Bergger chose one of my images as the main image on their website.

To begin with I will list some open edition prints from a series of nudes made using a digital camera around 2014 and 2015. These will be printed as either c-type or giclée prints by The Print Space to the highest quality on Fujifilm DPII or Hahnemühle German Etching paper and despatched directly from there.

These are one-off original artworks handmade by myself, usually involving a time consuming process and more expensive materials. Each artwork is signed and dated on the front and accompanied by a certificate of authenticity and is presented wrapped in acid-free tissue within a black card print box.

These are handmade original artworks made by myself with a strictly limited number of prints made from each image. The number of prints made within an edition can vary depending on the size and nature of the work but once the stated number have been produced no more will be made. In most cases I prefer to work in small editions, usually of five but the number will be clearly displayed. Each print is signed, numbered and dated and accompanied by a certificate of authenticity.

Each limited print is presented wrapped in acid-free tissue within a black card print box.