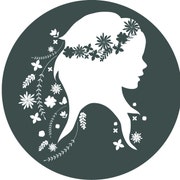 crownandglory is taking a short break

Note from shop owner Hi there! We're currently on maternity leave and will be back to you in the next few weeks while we readjust to family life. Thanks so much for your patience in the meantime!

Hi there! We're currently on maternity leave and will be back to you in the next few weeks while we readjust to family life. Thanks so much for your patience in the meantime!

Because subtle accessories are a waste of everyone's time

In early 2010, Sophie King had a problem. Floating in her mind was the image of the perfect hair accessory: delicate feathers, hand painted to form a single butterfly. Why was this a problem? Because such a thing just didn't exist! Well, they say that if you want a job done well you should do it yourself, and that's exactly what Sophie did.

The result of that first spontaneous project was Crown and Glory, which in the time since the first collection of assorted, hand painted butterfly pieces hit the internet has expanded into an international fashion accessories brand that boasts fans such as Poppy Delevigne, Millie Mackintosh and Rosie Fortescue, popstrels Gabrielle Aplin, Amelia Lily and Little Mix and more fashion bloggers than you can shake a stick at.

In 2012, Sophie and her lilac locks were hired by high street fashion chain Oasis to custom make headbands for excited punters at their party for Vogue's Fashion Night Out (staged in a window display on Oxford Street, no less) and accessorised the collection of Italian designer Danilo Gabrielli for his SS'13 collection at London Fashion Week.

In Summer 2013, Crown and Glory teamed up with queen of alt weddings, Kat Williams of Rock n Roll Bride, to create a range of alternative bridal hair accessories, for girls who believe subtle accessories are a waste of everybody’s time. The second collection was launched in 2014 and includes a range of bridesmaids accessories and new lines of belts and cuffs.

Our team also expanded in 2013 to include production manager, logistics genius and virtual assistant, Gareth Cooke. Gareth works on the production and processing of our core lines and wholesale accounts, enables Sophie's wildest design dreams come to life and makes a mean cup of tea.

Last updated on 04 March, 2019
In early 2010, Sophie King had a problem. Floating in her mind was the image of the perfect hair accessory: delicate feathers, hand painted to form a single butterfly. Why was this a problem? Because such a thing just didn't exist! Well, they say that if you want a job done well you should do it yourself, and that's exactly what Sophie did. As a recent Photographic Art graduate she had the artistic eye, and she soon learned the skills she'd need to make her perfect hair accessory.

The result of that first spontaneous project was Crown and Glory, which in the time since since the first collection of assorted, hand painted butterfly pieces hit the internet has expanded into a shop that houses several different collections, each retaining that original joy of expression. From larger pieces like floral garlands and velvet and suede turbans, down to far smaller pieces such as hand-drawn acrylic bobby pin sets, each collection has running through it the thread of whimsicality and frivolity that has made Crown and Glory so special.

Your Crown and Glory accessory should make you feel pampered and unique the moment you put it on - indeed, every piece is made by hand so yours really will be one of a kind. All our hair accessories are made with the same care and excitement as that first hand-painted feather butterfly, and will be posted to you lovingly gift-wrapped. No detail is too small to be made special, at Crown and Glory.

Every care has been taken to ensure our website descriptions, measurements and photographs accurately portray the accessories, however representations may vary depending on your specific browser and computer monitor. Please also remember that these accessories are lovingly handmade, making each item truly unique, and as such items may differ slightly from what is depicted on the site.

We hope you love your Crown and Glory Hair Accessories but if you are unhappy with any item we are happy to offer you a full refund (excluding postage & packing fees, unless the item is deemed faulty) if the item is returned to us in its original, unworn condition within 14 days from the date of delivery. Please note that the return postage is at your (the customer’s) expense and we strongly recommend that when returning items you use a Signed For insured service (such as Recorded Delivery) as we cannot be held responsible for items which do not reach us. Please ensure that that sufficient postage is paid for your return as we are unable to accept packages which do not carry the correct postage amount.

This return policy does not extend to earrings due to hygiene reasons or for altered, made to measure or custom items.

To arrange a refund please Convo us with your name, PayPal Transaction ID and details of the item(s) you'd like to return and why. Please DO NOT return items without contacting us first.

All refunds will be processed within 7 working days of the return being received and refunds will be made to the original payment method (i.e. PayPal for all debit/credit card transactions).

If you wish to exchange an item, please note there will be an additional delivery charge for the new item of £1.50. We reserve the right to withdraw our exchange policy during busy periods.
My item has arrived damaged, what do I do next?

All Crown and Glory items are carefully packaged to ensure they arrive to you in the safest way possible, however if your item is a little worse for wear after a tumble during delivery then please Convo us and we'll get back to you ASAP.

Please follow the guidelines by Etsy for payment details. We accept Paypal and credit /debit cards.

All Crown and Glory items are made to order, so please allow 3-5 working days for dispatch, especially around busy periods.

Items are sent by Royal Mail First Class delivery in the UK to ensure they arrive with you safe and sound. Postage and Packing is from £1.49 for each UK order. If your order has not arrived, please check with your local sorting office as it may be the case that they have tried to deliver when no-one is home. Crown and Glory will not refund postage costs for items that are returned to us due to non-collection.

If you need a tracked service, please get in touch for a delivery quote.

Please note that we cannot be held responsible for items that are held up during transit.