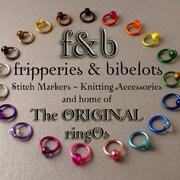 Announcement    Please note, this shop is currently closed but you can visit me at www.fripandbib.com

Please note, this shop is currently closed but you can visit me at www.fripandbib.com

I'm a huge knitting fan and general arts and crafts lover. My main background is in Silversmithing and Jewellery, making wedding rings, tiaras and bridal jewellery in which I had a small business for a while but found hard to run alongside a full-time teaching career.

After I got my degree I took a PGCE in Art and Design but ended up teaching happily in the primary education sector for seven years before having our first baby boy in 2004. I didn't have a job to go back to as I had been in a temporary-contract position so I enjoyed being able to spend time at home bringing up baby and began knitting again.

We moved in 2006, I thought about going back to work but we decided to try for our second baby to complete the family. He arrived in 2007. Two years later in the summer of 2009 with our eldest in his first year at school and youngest nearly two years old I was getting frustrated at not being able to contribute to the 'family funds'. I was lucky enough we could and had been just surviving on my husband's income for the last five years though we didn't have anything spare for luxuries like holidays or having anything for a rainy day. I felt I wasn't going to have any luck applying for teaching jobs again due to my five years away and I needed something to 'do'.

I had made stitch markers just for friends in the past and after a trip to a local bead shop and a few days designing and making I took a little box of goodies to show my friends at my knitting group. They loved them and were convinced I could sell them. So I decided to set up an Etsy shop. My knitting friends even helped me come up with the shop name fripperies & bibelots which basically means showy, frivolous and small, decorative ornaments or trinkets. It worked for me, described the kinds of things I'd be making and I liked the shortened version f&b which mirrored my frustrated and bored feelings after being a stay-at-home mum for the last five years.

I opened the shop at the end of July 2009. It started slowly, then about nine months later I started a group on Ravelry (I had been a member for two years since it started) and paid for some advertising with them, a Twitter account and Facebook group for f&b and I started to get a following and lots of lovely loyal customers. I ran Mystery Stitch Marker clubs and I started making my popular ringOs in January 2011 and they are, by far, my best seller and I love making them. I have a core line of dangly type stitch markers and other knitting accessories such as my Stitch Safe mini crochet hooks and Pattern Safe magnetic pattern marking strips and I still run a Mystery Marker Club and a mystery Club ringO every few months.

I am always adding new designs, especially to match seasons and celebrations so add me to your favourites and visit often!

I'm a qualified jeweller/silversmith and hope to add some of my jewellery to the shop once I get back in the workshop.

Payment is due via PayPal.

Please make sure your shipping addresses on Etsy and PayPal match or make it clear in the Message to Seller box where the parcel needs to be shipped. Contacting you will delay your parcel.

I will let you know as soon as your order is on its way through Etsy.

I ALWAYS aim to ship your order out to you within 24/48 hours from purchase and completed payment, but please bear in mind it may take me up to 72 hours in some cases e.g weekends, public holidays, bad weather, family commitments etc. MOST orders will go out the same day if received by 2pm.

UK ~ Orders are sent via Royal Mail 1st Class post and should arrive within 1-2 days.

EUROPE ~ Orders are sent Royal Mail Air Mail and should arrive within a week or two.

USA ~ Orders are sent via Royal Mail Air Mail and should arrive within a week or two, but can sometimes take much longer, depending on security at customs/frequency of air mail flights/holiday periods etc. There is no tracking number on standard Air Mail as in the UK we don't have the free Etsy tracking or the $0.20 PayPal tracking available to us.


REST OF THE WORLD ~ Orders are sent Royal Mail Airmail and should take a week or two to arrive but this can vary dramatically with some parcels taking three to four weeks.

I always obtain a Proof of Posting Certificate which can be used if items get lost in the post. I cannot deal with any claims for lost parcels until 15 WORKING (Mon - Fri) days have passed for UK orders, 20 WORKING days for European orders and 25 WORKING days for International orders. These are the guidelines set by Royal Mail (who won't declare a parcel as 'missing' until these days have elapsed) and I cannot deal with missing parcels until this time. I do hope you understand.

PLEASE NOTE: EXTRA TIME WILL BE NEEDED FOR ANY PARCELS SENT DURING THE BUSIER CHRISTMAS PERIOD OF NOVEMBER/DECEMBER AND PERIODS WHEN THEIR ARE ISSUES WITH YOUR COUNTRY'S POSTAL SERVICE DUE TO WEATHER/STRIKES/EXTRA SECURITY AND CUSTOMS ISSUES.

Once a claim has been made I will arrange to send you a replacement, an alternative if no longer available or a refund. The choice is yours!

If you would like your order sent registered (i.e. tracking number and signature upon receipt) then please contact me so I can let you know the postage cost and create a CUSTOM listing for you, currently for ALL INTERNATIONAL ORDERS this costs approximately £5-6 on top of the stated postage in the listing. Otherwise all orders will be sent as above, with a Proof of Posting Certificate.

A CN22 form has to be completed for all orders outside the EU and YOU ARE RESPONSIBLE FOR ANY VAT/IMPORT DUTIES/TAXES incurred on receipt of the parcel into your country. I am not VAT registered and DO NOT CHARGE VAT on any of my items regardless of what Etsy puts on the listings about VAT being included. As stated above, you are responsible for any VAT or import charges incurred on receipt of this parcel into your own country. Thank you! :D

I am happy to do wholesale orders for yarn shops for resale (bricks and mortar or online) or for sock clubs. Just contact me with your requirements and we can take it from there.

I welcome custom and bulk orders and am happy to work out a discount to your needs. So if you see one design you love but need 20, no problem, just ask!

If you require a different size ring on your stitch markers or would like them all or just one with a removeable hook for counting rows or crochet, just ask!

Non-UK Buyers Please Note: All sales and dealings are subject to UK law/legislation and by making a purchase you are acknowledging this.