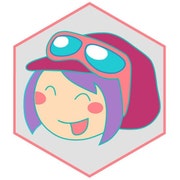 Announcement    Get a 20% coupon discount when signing up for my newsletter on http://eepurl.com/gbm8_n !

Get a 20% coupon discount when signing up for my newsletter on http://eepurl.com/gbm8_n !

From a Treefrog to a home made business

I always found 3D to be something really exciting and emotional in its incredible ability to connect the real world to the digital one, enhancing the human experience to a more fantastic one. it's like imagination bleeding into reality.
Loving the graphics style of children's cartoons, and having a talent for sculpting, I became a 3D character modeler for animation and moved to Canada.
In 2012 I wanted to learn about 3D printing, which was a different matter than animation. I studied technicalities and limitations with the desktop printers technology and, as at the time the community was lacking a cute, organic model that would serve to test this technology, I designed a treefrog that incorporated in its shapes elements that were challenging to print and would serve as a calibration tool and materials or printers comparison at the same time. The model went viral and it's since then one of the most famous models printed around the world.
Encouraged by the overwhelming response, I decided to open my store in order to create more designs and share them with people around the world. That’s what I want to bring to my costumes, the magic of an imagined world, made real into their hands.

Last updated on 10 May, 2022
I'm so happy you stopped by! Please, feel free to send me a message!
All my designs are through with care from beginning to end. I usually design my products with digital softwares like Zbrush, Photoshop and Tinkercad, and I print them in my home with a desktop 3D printer (Ultimaker).
I clean every piece by hands after printed. I test the materials and the models with several prototypes before I release them to the public, as details are important for me and I want my clients to have the best experience with my products.
I use PLA, which is a biodegradable FDA approved plastic, and I am committed to eco-friendly and recyclable products because recycling has been taught to me at a young age, and has always fascinated me how to be able to reuse materials in useful or artistic ways while reducing waste. I come from one of the most polluted areas of italy and I want to make my part in keeping this planet as clean as possible, for the future generations. I also have Endometriosis, so for me using a safe material is a must.

As I'm a small store and I don't have inventory for my products, all sales are final sales.
I take great care to ensure that each item is of the best quality and safely packaged.

In the unfortunate event that the item arrives damaged or defective, please, for my own records, send me a photo, and you can chose from these 3 options:

The return shipping expenses are at the charge of the customer.

Please, if item is customized, no refund is applicable after purchase.

I'll ship everything well protected in a bubble mailer or small box via Canada post, with tracking number and insured (if the item has 2 shipping options and you choose the regular shipping, which should be around 2 $, it has no tracking or insurance and will not be refunded if lost). In order to cut down shipping expenses, you may ask for a regular mail option before purchasing the object, at your own risk (packages lost without tracking cannot be refunded).

LOCAL (Toronto, Canada):
I can refund the shipping fees after purchase if hand delivery. Drop me a message if you are downtown.

INTERNATIONAL:
Please contact me for custom shipping fees and options, which varies by Country, item size/weight and method of shipping.

TAX & DUTIES:
If you reside outside Canada, you may be charged extra Taxes and Duties, for which I am not responsible. Please take that into account when placing your order, and look into what to expect, based on your Country.

Contact me for custom orders, different sizes and materials colours!

Custom orders will start from a minimum of 30$ over the existing price, up to several hundreds of $, so it's mainly advised for Businesses. It really depends on the kind of work involved (for instance, a customization over a current product, like adding a name or using a different material, for instance, is considerably cheaper than a complete custom request, different than what is already in stock. Also, a 3d figurine will have a considerably higher price than a custom cookie cutter).

Sizes can be changed (up to a maximum of 15 cm wide) and the base price will increase of 7.50$ + the extra weight of the material. Please contact me for info.

I sure can offer gift wrapping with a 4$ extra charge. PM me for info!

Can I 3d print and sell your models?

Sure, contact me for a license agreement. I start with a 100 pieces minimum license.

Can I 3D print your models for personal use?

Sure. Most of my models are on Pinshape.
https://pinshape.com/users/13506-morenap