You're looking at a hand-shaped bowl that'll work perfectly for holding keys, rings, candies, or other trinkets. It also makes a good conversation piece!

We made these hands with fairy moss, pink flowers, and miniature pine cones, as well as a generous portion of holographic chunky glitter in the fingertips. We finished it with holographic red and gold glitter so the crevices in between the hands has an extra glow. The resin was dyed from the moss, giving it a murky green tone.

The hand-shaped bowl was made with Unicone's deep cast 2:1 epoxy. It cured for more than a week before demolding. Because it was made in one deep cast pour, the organics, glitter, and green tone fade together. Note the red and gold glitter base was added after the deep cast using Unicone's 1:1 epoxy resin.

After you place your order, resinandpaper will take 1-3 business days to prepare it for shipment.

resinandpaper puts your order in the mail.

Estimated to arrive at your doorstep Jan 28-Feb 1!

I am absolutely in LOVE with these lights. I use them to get around my house late at night because I am a night owl while the rest of my household is not and these could not be more PERFECT. The seller even sent them with stands and I love everything about them!!! I love the whimsical look of the fairy lights, I like how I can entertain myself by making giant blue light eyeballs on the wall at night, and the resin work is both genius and executed well above what I thought was even humanly possible. You will NOT be disappointed by the quality of any of the pieces you find in this shop and I can assure you they are worth every penny and then some! Prepare to fall in love with whatever you purchase from this shop because I can assure you it will be SPECTACULAR.

As a resin artist, I rarely purchase other people's resin art, but there is something particularly amazing and mind blowing about these pieces. I cannot believe how crystal clear the resin is in this piece and the flowers are absolutely gorgeous. This is definitely my favorite pencil cup I own and trust me, I own a LOT, but I keep the tools I use the most in this one for obvious reasons.

Super cute glitter lotus bowl, goes perfectly with my bedroom colors. Plan on getting an air plant to put in it. Arrived quickly and the packaging was so adorable!

Super cute glitter lotus bowl, goes perfectly with my bedroom colors. Plan on getting an air plant to put in it. Arrived quickly and the packaging was so adorable!

I am absolutely in LOVE with this jar. So much time and effort went into making it absolutely perfect and gorgeous. It's the perfect jar to stow my favorite beads. It's so well made that I can hardly even believe that it's resin! I am absolutely in love with this piece and can't wait to purchase more. The packaging was absolutely fantastic as well. I've never seen such effort put into just packaging an order before and that in itself is a work of art on its own!!! If you are considering ANYTHING from this shop, don't hesitate. Trust me, you will love it and it will go far and beyond your wildest expectations. 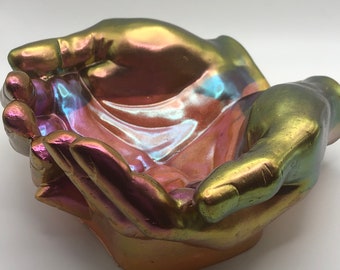 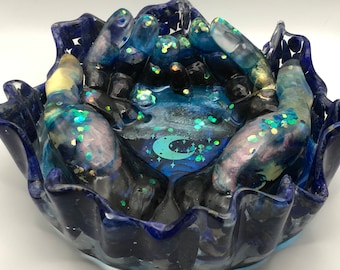 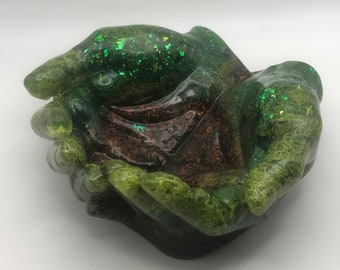 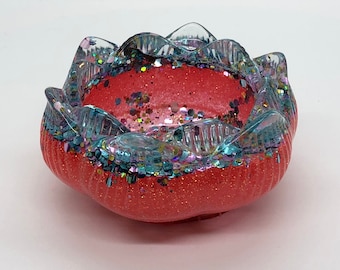 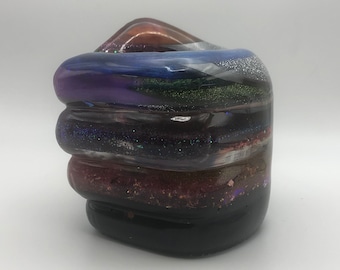