This is an instant-download, 20-page pdf scan of the entire rare fanzine SON of GRAFAN #13 published by the St. Louis Graphic Fantasy Society in April, 1972, a fan club consisting mostly of aspiring, teen-age writers and artists. It originally had a circulation of less than 100 mimeograph copies.

I’ve recently discovered Jim is famous (or infamous) in science fiction fandom for his first Grignr story, "Eye of Argon,” published a couple of years earlier in OSFAN #10, another fanzine published in St. Louis, from the Ozark Science Fiction club... a different group, separate from GRAFAN. I had nothing to do with publishing “Eye of Argon,” had and have nothing to do with poking fun at it.

As a 17-year-old fanzine editor and GRAFAN member, I published the sequel “Sacred Crest” with a down-the-middle, “oh-boy-I-have-new-content-to-print” mindset of a fanzine editor looking for readers. I admired and still admire Jim’s commitment to finishing long fiction, something I could not have dreamed of when I was 17 and he was 18. (He was 16 when OSFAN crudely typed and printed his first story.)

Speaking of typing, *I* typed the first couple of pages of the story on mimeograph stencils here in SON of GRAFAN #13; I believe production supervisor Walt Stumper, also a friend of Jim, finished the rest. I also drew directly onto a mimeograph stencil my original illustration of the hand clutching the sword that launches the story on page 7 of this issue. I designed that spread. I was committed to what I thought was the coolness of it all.

SON OF GRAFAN #13 also features a cover by St. Louis cartoonist Larry Nolte; editorial by me; a “Fandom Report” with news of GRAFAN meetings to come and past; a “Coming Attractions” column by Paul Daly about science fiction and fantasy movies; fanzine reviews by me; and a 1971 Comic Fan Awards ballot.

Take a look at the scans. What you will be downloading is a pdf of these pages and more; Etsy will only show 10 pages. This pdf is a low-res version of the entire issue, readable any way you currently view pdfs: Kindle, Adobe Reader, etc. The entire first part of the Jim Theis story is included. The story is continued in SON OF GRAFAN #15.

The man fandom thinks “never wrote anything again” most certainly did – in fanzines my friends and I published. Like this one, 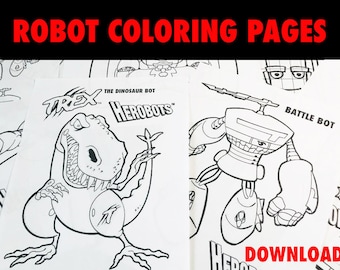 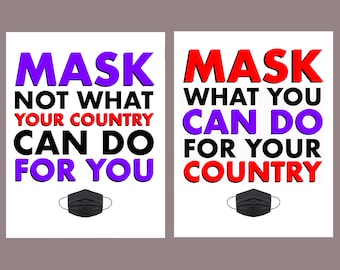 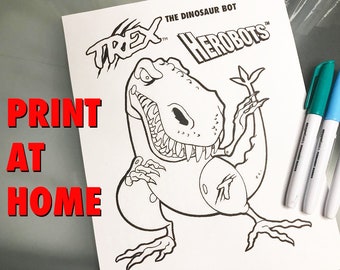 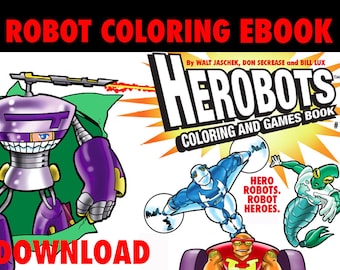 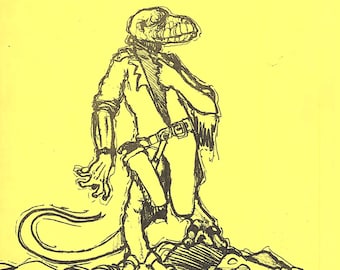 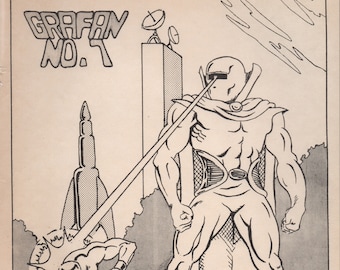