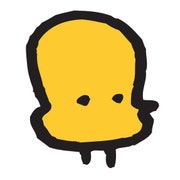 home to beanforest and an assortment of silliness

beanforest is taking a short break

Note from shop owner November 2021 update: the shop has been on vacation since May, but I've been itchy to make new stuff, get fresh strangeness into the world.

It's in the works, it's underway.

"I don’t know how many years on this Earth I got left. I’m gonna get real weird with it.” -Frank Reynolds

"Now that we're here, we may as well go too far." -Arctic Monkeys

Thanks so much for your patience and continued support with this odd little thing that has lived far longer than I expected it to when I first started 11 years ago. - beanforest

November 2021 update: the shop has been on vacation since May, but I've been itchy to make new stuff, get fresh strangeness into the world.

It's in the works, it's underway.

"I don’t know how many years on this Earth I got left. I’m gonna get real weird with it.” -Frank Reynolds

"Now that we're here, we may as well go too far." -Arctic Monkeys

Thanks so much for your patience and continued support with this odd little thing that has lived far longer than I expected it to when I first started 11 years ago. - beanforest

My 2009 tax return was spent on a button machine almost as a joke. The money probably would've been whittled away on books, DVDs, and bars if left to its own devices, so it seemed as good an option as any to blow the cash on something with a price tag larger than $20. I've always drawn comic strips, greeting cards, etc, to entertain myself, friends, and bored coworkers, and a pinback button felt like another usable surface to cover in jokes and strangeness.

Worst case scenario, the machine gets used a few times and then stuffed in the back of a closet waiting for the inevitable evening when friends are over goofing around on the porch, and someone says something funny, and someone else says, "haw haw, that'd be funny, on, like, a button!" and then my eyes could light mischievously and I would scamper inside saying, "hold on just a sec..."

I'm excited to report that more than eight years later, the button machine has spent exactly zero days stuffed in the back of a closet.

Last updated on May 9, 2022
Beanforest would love to be carried at your favorite gift shop or bookstore! Write us here on Etsy, at beanforest(a)gmail.com, or call 616.856.6556 for more info.

Purchases are final. Items lost in transit will be replaced at no further charge.* Items are new and inspected for quality before shipment, but should there be any defect or damage caused during shipment, please write us explaining the issue and a replacement, refund, or return may be possible.

*Does not apply if the address provided is wrong or incomplete. Orders will be considered lost after 14 business days to the US, 30 days for international purchases.

Payment can be completed with any credit/debit card or Paypal account through Paypal or Etsy direct checkout.
Michigan residents: 6% sales tax is automatically calculated on orders shipping to MI.

Buttons and magnets are stamped to order and will be processed within 5 business days after received payment. They are shipped to the address provided through Etsy unless you specify otherwise.

How items are shipped internationally:
- Buttons and magnets are shipped First Class Large Envelope in a flexible utility mailer protected by a layer of biodegradable bubble wrap.
- Vinyl stickers are sent First Class International Letter in an envelope supported with cardstock to keep from bending.
- Coffee cups are shipped First Class International in a cardboard box.
PLEASE NOTE: additional customs duties/tariffs/taxes may apply to your order. Every country is different, so please speak with your mail service if you have any questions. Tracking is not available on international orders, though a customs declaration is available upon request for cup, button, and magnet purchases.

Boring Copyright/Intellectual Property rant from Beanforest:
I’m sensitive to the creative process and I take intellectual property rights seriously. As such, if I have any art or ideas here or on my other links that have grabbed your interest, please message me and maybe we can work out usage rights or team up on a project. I’m friendly and reasonable. Seriously, few things bum an artist out more than seeing their ideas straight-up stolen. If I find somebody stealing my stuff, I promise I am no longer friendly and reasonable.
LIKEWISE! If there’s anything in this store or associated links that you feel has been taken from somewhere else, please bring it to my attention! I can assure you it wasn’t intentional, but inspiration is a fickle thing and it’s impossible to track every single memory and influence.